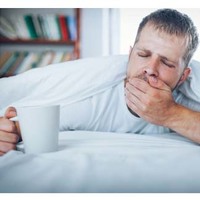 Do you have a hard time falling asleep? Are you restless? Are you waking up without the energy you need to meet the day? You’re not alone. Nearly 60 million Americans struggle with insomnia and sleeping disorders.

In many cases, the answer is yes! When Clint Ober, started experimenting in 1998 with what he would later call “Earthing,” the very first benefits he personally experienced was better sleep and less pain. For anyone who has experienced years of chronic sleep and pain issues, you know that getting better sleep and having less pain in your body would be a big deal.

In the years since better sleep and less pain have been among the most common a benefits reported by the tens of thousands of people worldwide who have reconnected with the Earth. The grateful feedback frequently has come from individuals describing themselves as chronic insomniacs.

“My severe insomnia started about a year and a half ago,” wrote a sixty-one year old woman from Ohio, United States. “I lost a full three months’ of sleep during that time period. I was bedridden for eight months due to lack of sleep and I was truly miserable. When I heard about Earthing, I started going barefoot and then used Earthing mats and sheets. My first Earthing experience was one of feeling total relaxation, and total euphoria after feeling so stressed out for so long. The effect was immediate both with a feeling of stress relief and with sleep. Now, I sleep a deep sleep and if I wake up I am able to go right back to sleep.”

A woman from England reported the following: “I gradually noticed over the first week an improvement in my sleep, which used to be horrendous as every night I went to bed dreading the anxiety and lying there for literally hours before dropping off. I also noticed very subtle things shifting too. The anxiety reduced and I no longer wake with a jolt just after dropping off. I found that I felt more peaceful, which was surprising as I didn't think I was tense all the time. This little sheet connecting me with the Earth, plus the barefooting have done so much for me.”

Click Here for more information on Earthing, or to go to our Earthing Shop and see our indoor earthing products please Click Here

An accomplished author, speaker, and science enthusiast, Clint Ober has spent the past 20 years in the pursuit of understanding and identifying the impact that loss of ground contact has on the body. In his scientific endeavours, he later came to understand that humans have a bio-electrical connection with the earth. One that with simple ground contact, neutralizes charge in the body and naturally protects the nervous system and the endogenous fields of the body, from extraneous electrical interference.

The findings to date extend far beyond anything he would ever have believed. This discovery has led to countless testimonies of how earthing, also called grounding, has transformed the well-being of people from around the world. Please visit http://www.barefoothealing.com.au to see the whole story and discover nature's miracle of wellness through earthing.

With thanks from Earthing.com and The University of Adelaide